My plan for today was to do the Rawson Lake Trail which was recommended to me by the rangers in the visitors center yesterday and which I discovered on my short walk yesterday. So I tried to get up not too late – but well, until having breakfast and finally getting ready it still was about 10 am in the morning.

I made my way back to the parking lot where I also stayed yesterday afternoon. There, I put on my hiking boots, my belly bag with some supplies, and my “weapon belt” with my camera and the bear spray attached :-). Then, I set off for hiking up to the Rawson Lake in the mountains south of the Upper Kananaskis Lake.

The trail climed quite steep uphill for a while leading through the alpine forrest. In the beginning, I tried to be as noisy as possible to threaten away some possible bears, but when I finally noticed that there were quite some other people on the trail, I figured that there wouldn’t be any bears surprising me behind the next corner and I relaxed a bit.

On the way, there where some explanation boards posted which gave some interesting details about the landscape, the forrest, and it’s flora and fauna. 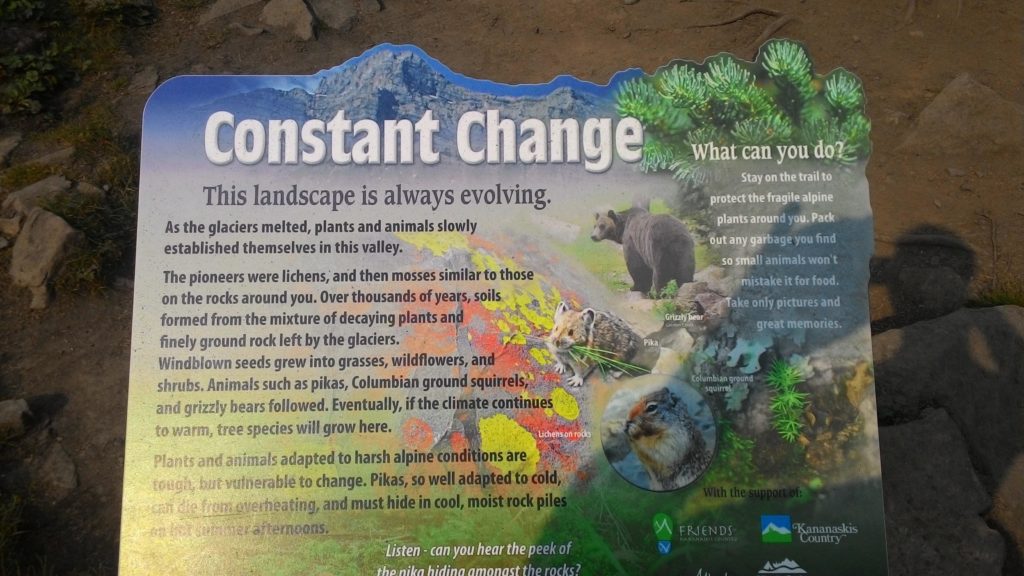 This is actually something, I really like about the North American parks: Everything is nicely prepared with explanation boards, simple but clean infrastructure (such as restrooms, benches, etc.), and extraordinarily friendly staff in well prepared visitor centers sharing valuable information about activities, incidents, and any other stuff to know about the respective region.

After about one and a half hours climing uphill, I reached the Rawson Lake. And yes, it was just beautiful up there – even if the smoke from the wildfires in British Columbia still significantly limited the visibility. I spent some time up there walking along the shoreline of the lake and taking pictures. I even encountered those little creatures again of which I took pictures yesterday evening. This time, they seemed to be almost not afraid of humans and approached me up to a few centimeters. Maybe they even would have touched me if I myself had not been to afraid and chased them away as soon as they came too close. 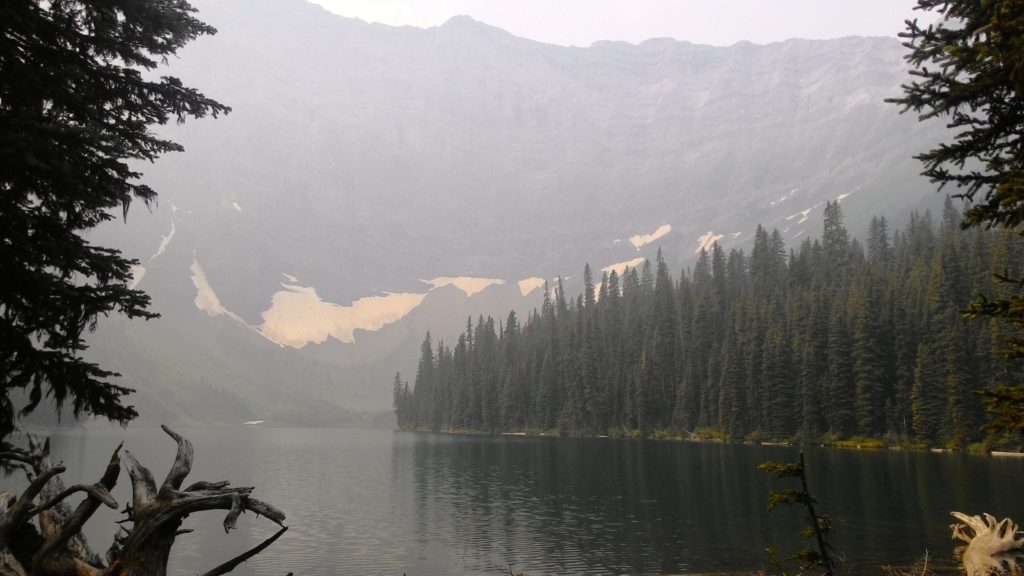 At around 12:20 pm, I started my descent down to the parking lot where left my car arriving there after about an hour. Since the entire hike exhausted me quite a bit, I decided to take a quick swim in the lake which again was terribly freezing but well refreshing after the just accomplished physical activity. Before hitting the road again, I prepared myself some sandwiches and enjoyed them on a bench at the shoreline of the lake. The entire beach was quite crowded today.

Back in the car, I went back to the highway 40 and drove it further down south until the Highwood pass. On the way, I quickly stopped for the short Rock Glacier trail which again had some interesting explanation boards about the transforming landscape and the flora and fauna posted. From the highest pass of the region, the Highwood pass, one should have a nice view on the surrounding mountains. Unfortunately, the smoke of the wildfires still impeded the visibility.

From the Highwood pass, I started a long drive all the way back to the junction of the highway 40 with the Smith Dorrien Trail, a gravel road to the town of Canmore. With a couple of foto stops, I drove that trail all the way up to Canmore in about 2 hours. Shortly before reaching Canmore, it became quite dark and a thunderstorm seemed to pass by. It also started to rain a bit which was not too bad as my car became quite dirty from the drive on the gravel road.

When I reached Canmore, my first intention was to look for a campground there. But then, I reconsidered it and continued on the Trans-Canadian-Highway to Banff, that famous town of the corresponding National Park which I wanted to visit during the next days. Since it was anyways raining, my idea was to continue driving a bit and save time tomorrow when it hopefully would clear up again.

Close to Banff, I managed to get the supposedly last site on the Two Jack Lakeside Campground. There, I made my first experience with camping in the car during a rainy environment. But it worked out better then it sounds and I was even able to enjoy a dinner without becoming wet: 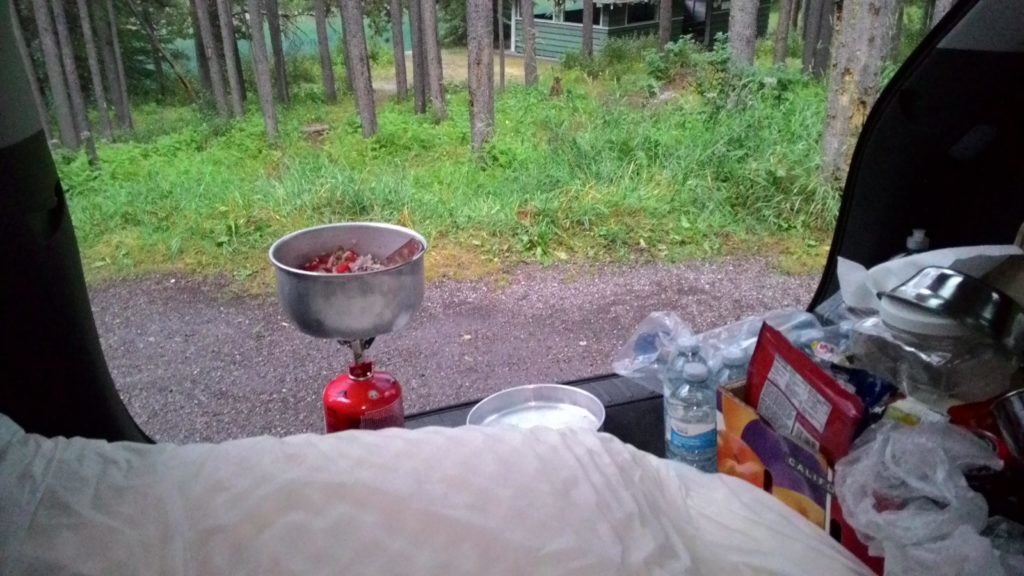 This night, I slept quite well after the hike in the morning and the long driving afterwards. For tomorrow, I planned to visit Banff and start my journey on the Icefield Parkway towards Jasper.