This morning, I woke up the second time on the Calgary West Campground with a little headache. In addition, I did not really sleep well and woke up a couple of times. So before heading into the Rocky Mountains with less infrastructure, I decided to once more stop by at my beloved Walmart and change the sleeping situation. I already reported about the result in this post.

After that upgrade of my little camp vehicle, I was heading west into the Rocky Mountains. Just a few kilometers before reaching the Kananaskis town, I turned left onto the Kananaskis Trail aka. the highway 40. At the first visitors center, I stopped and asked for some information. That way, I finally could get an explanation for the “cloudy” climate which I was already wondering about in Calgary: It’s because of all the wildfires in British Columbia on the other side of the Rocky Mountains! A ranger showed me a map with all the wildfires – and believe me: There were a lot of them!

In addition, I got some valuable information about possible hiking trails for the next days. And I also got this information: 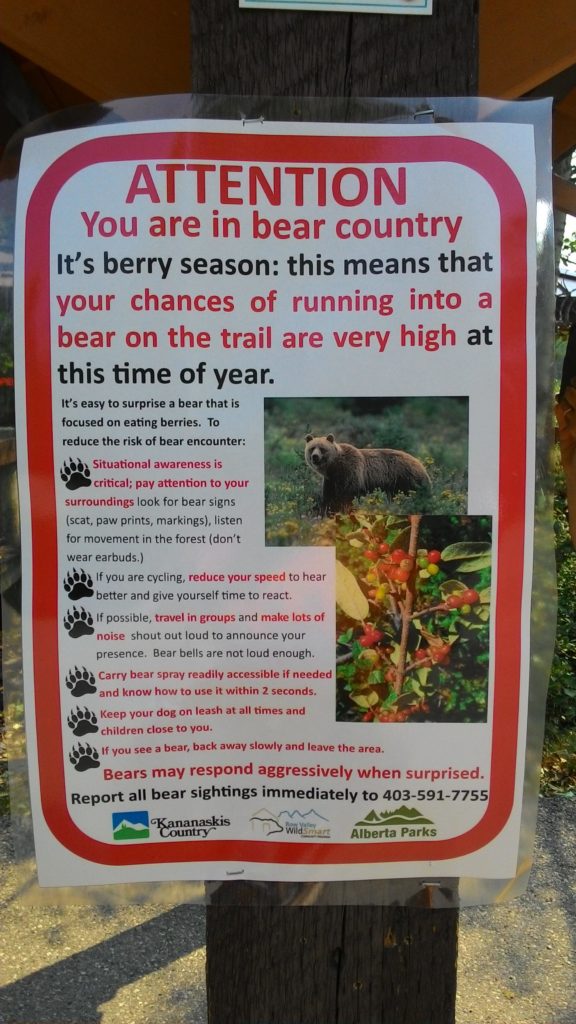 Talking to the rangers in the visitors center, this made me buy a “bear spray” as my new weapon against any unwanted confrontation. The rangers adviced me to cary that bear spray with me all the time when entering the woods – especially not only here in the Rocky Mountains, but also in the Yukon where I eventually might travel to.

After all those information, I headed further south and left the highway 40 at the junction to the Kananaskis lakes. There, I stopped on the day use area of the southern lake aka. the Upper Kananaskis Lake. I took a short walk along the shoreline of the lake and encountered the junction with the trail to the Rawson Lake – one of the trails recommended by the rangers in the visitors center. As it was already too late to start going on that trail, I returned to the parking lot and took a short swim in the lake. I can tell you: I hardly encountered that cold water than here! It was freezing!

In the evening, I prepared a quick dinner sitting at the shoreline of the lake and took some beautiful pictures of these little creatures (for which I even used my monster lense the first time while here in Canada): 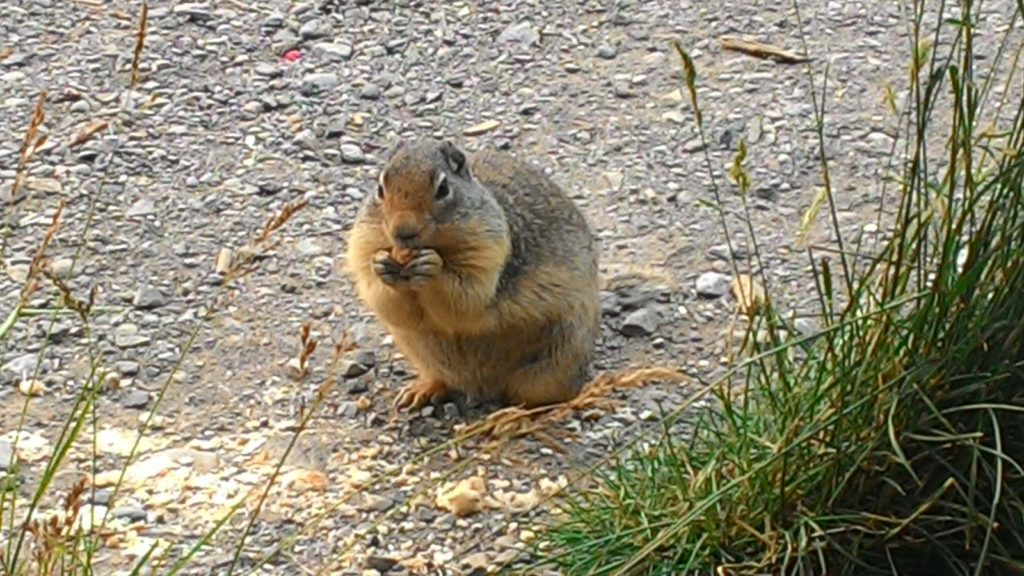 You have to excuse: This picture was taken with my smartphone. The really good ones are still on my camera!

About an hour before sunset, I left the day use area and started looking for a campground to stay on this night. The very first one, I stopped at was the Interlakes campground on the little stretch of land between the two Kananaskis lakes. According to a sign posted at the entrance, the campground was already full – as all of them, I passed on my way down here. Still, I talked to the manager and – voilà – there was one site left as the guy that booked it left an invalid credit card number and did not show up again. So, I pulled into my site for the night, but shortly after left again for a short drive to the shoreline of the Lower Kananaskis lake. There I spent some time and even watched a ranger stopping by – so just sleeping in the car on any parking lot really seems to be problematic within the parks. Eventually, I made my way back to the campground and went to bed quite soon. The next day, I didn’t want to get up too late, as I wanted to do the Rawson lake trail and afterwards still continue on the way back to Canmore.

One thought on “Kananaskis Trail”