After getting up this morning, I was glad having a shower available at the Karibu Park Cottages campground. Ather that shower, I proceeded as always with my selfmade breakfast: Oatmeal with fruits, coffee and orange juice. Also the cleaning up after any self prepared meal already follows the same procedures.

Once I got ready, I left the campground and turned onto the highway 6 again to follow it along the Slocan river and the subsequent Slocan lake all the way to New Denver. There, I turned right into the Selkirk Mountains towards Kaslo. On the way, I was even able to refill my water supplies in a wild stream rushing down the mountains. This already became one of my common procedures: I recycle old water bottles of bought drinking water by filling them with fresh water wherever possible and use it for cooking and cleaning dishes when staying in remote locations.

Arriving at Kaslo, I strolled a bit through the little town and enjoyed an ice cream.

Then, I bought myself a salad for lunch and headed further north – now again along the Kootenay Lake. Somewhere at the tip of the lake, I found a place to stop and have lunch. Actually that was really necessary as I felt hungry by that time.

After lunch, I continued on my way towards the Trout Lake and finally the city of Revelstoke. The highway 31 turned into a gravel road shortly after the northern tip of Kootenay Lake, but from the Smith Dorian Trail in the Kanaskis area, I was already used to drive that type of roads. However at the southern tip of the Trout Lake, I found some boards explaining that this region is a real bear country since at certain seasons of the year there are trouts and salmons in the stream feeding the Trout Lake. Unfortunately, I was not lucky enough to spot one of them.

However, the way from the southern tip of the Trout Lake to Galena Bay was real fun to drive: The gravel road kept going up and down and it felt like a ralley already. I really enjoyed that part of the trip – hehe ;-). 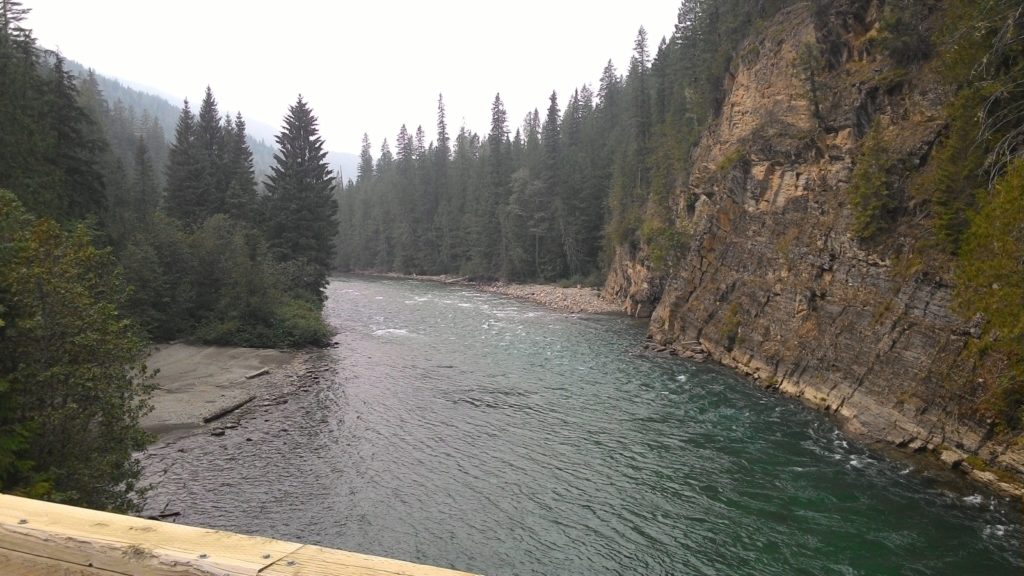 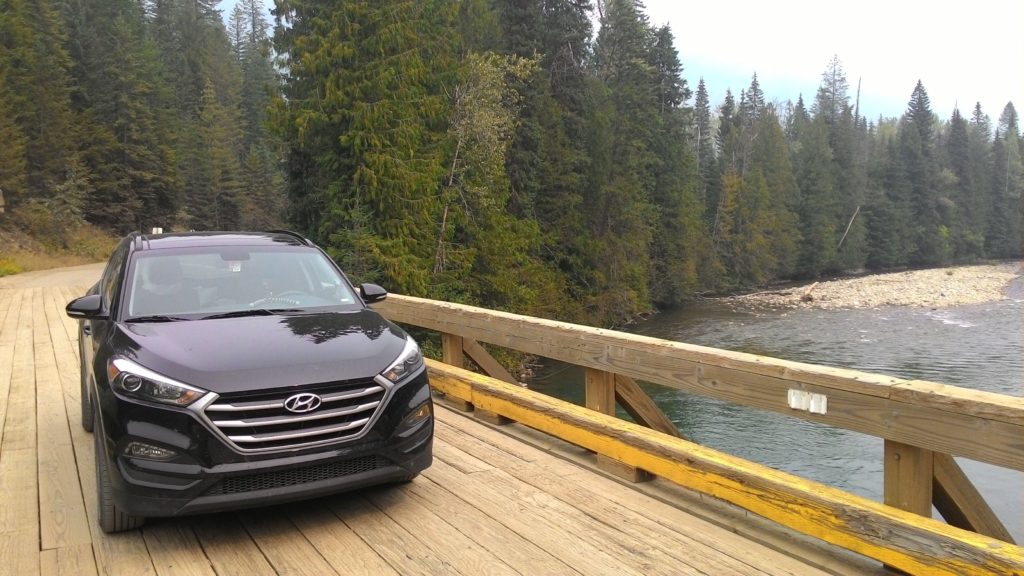 In Galena Bay, I boarded another ferry which took me to Shelter Bay where I somewhat returned to civilization after the remote area of the Trout Lake.

After disembarking the ferry, I checked the time and my travel plans. To that point, my idea was still to stop in or close to Revelstoke and on the next day return into the Rocky Mountains to try my luck again with the smoke of the wildfires. Now, that I actually almost arrived in Revelstoke, still had some time left this day and figured that the smoke situation had not significantly improved, the idea grew in my mind to continue towards Vancouver and leave the Rocky Mountains for the very end of my Canada 2018 roadtrip.

Before fixing that idea, I decided to first continue the final part up to Revelstoke and take the final decision there. The drive was not at all special and after about half an hour I arrived in Revelstoke. Stopping at a gas station, I once again checked my schedule and finally decided to follow that new plan. Since I still had a couple of hours left of this day, I even decided to drive on towards Vancouver and look for a place to stay the night on the way.

So I continued on the Trans-Canadian-Highway which actually did not feel that much of a trans-something-highway for the first tens of kilometers. It was more a mountaineous road going up and down along a deep valley. Since back in Revelstoke I decided to not fill up the car, I was in real need of a gas station soon and had to stop at the next one showing up along the way. With the car refilled and ready to hit the road again, I continued until around 10 pm when I finally became too tired. I managed to find a Wendy’s to have something to eat and chose a nearby rest area in MapsMe where I planned to spend the night.

However, somehow I missed the exit or MapsMe was wrong, so I even had to continue about 60 km more until I finally reached the Britton Creek rest area where I parked my car and fell asleep quite quickly.