Since I had decided yesterday not to drive all the way to Whitehorse, but stay overnight on that rest area along the highway, I had to finish the last part of the journey today. But that was only about one hour driving. 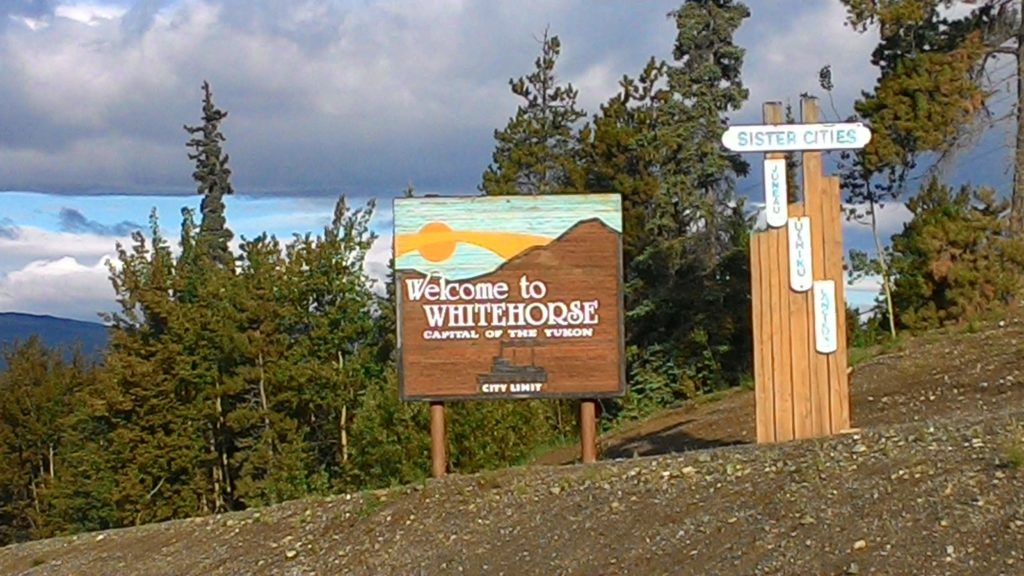 In Whitehorse, I first of all went to the RV park with which I already had made a reservation from Watson Lake. I checked in, got onto my site, and enjoyed a shower. After all those days staying on provincial park campgrounds, rest areas, and somewhere in the wilderness, it felt just awesome to have a real shower again.

Then, I went to the city and directly to the visitors center. There, they confirmed the advice that I had received in Watson Lake already to do the loop via the Top-of-the-World Highway, Haines, and Skagway the other way around due to the season coming to an end already. So I checked again with my already booked ferry from Skagway to Haines and finally decided to cancel the booking and follow the advice of the visitors center staff.

In addition to that, I got some hints of what to do in Whitehorse. First of all, I checked out the S.S. Klondike, an old sternwheeler presented at the entrance of downtown. I entered the old ship and took a look at its interior. It was quite interesting, but also nothing that spectacular. I mean, I have been on a couple of ships already – even if not yet on a sternwheeler ;-).

After that excursion, I decided to get myself something for lunch. To not end up at some of the junk food palaces, I tried a Canadian/German butchery and delicacy store. They offered sandwhiches which were actually quite delicious.

The other hint was the Millenium Trail leading all the way along the Yukon river down to the fish ladder helping salmons to pass the hydroplant dam on their upstream migration. However, I somehow did not feel like walking all the way and back. Somehow, I did not feel completely good today. Maybe it was because of limited and somehow disrupted sleep last night. So I decided to drive over to the fish ladder. I entered the building and was told that there was no salmon at the moment. However, I could visit the construction and when I returned on my way back, one salmon had entered the facility. I was told that the staff usually waits for a couple of salmons, registers them, and opens the gate for them then. However, sometimes, they take out selected salmons and use them in the fish hatchery to raise new salmons. This particular guy that had just entered the facility seemed to be one of those candidates. I was shown the different states of salmon eggs and given some further explanation about the hatchery.

After that stop, I drove the Miles Canyon Road which was recommended in my guidebook. However, it was not really that special. At two designated viewpoints you could enjoy the view onto the Yukon river, but the rapids which gave the city its name were no longer there.

I finally returned to the city and just walked a bit along the main street and checked out the souvenir stores. I even found something, but the city itself did not offer that much more for me. I’m not that into museums of which there were quite a couple here. So I chose to just walk along the riverside a bit and finally returned to my car. Since I did not feel that good today, I simply left it with a kind of “slow day”.

In the evening, I went to the Canadian Superstore and Walmart to fill up some supplies, as well as the gas station and finally returned to the campground. There I prepared myself dinner and did my laundry. All in all it was a quite unspectacular day – of which you simply need one every while and then when traveling for a bit longer period.